Posted on January 17, 2018 by abroadintheusa

Americans are huge sports fans, not just the big four sports — baseball, basketball, (ice) hockey, and (American) football — but pretty much anything that involves competition. They also love underdogs and stories of teams/players beating-the-odds. Which explains why the greater Philadelphia region has turned resolutely green in support of the football team, the Philadelphia Eagles. (“Football” here is short for “American football” — yes, non-Americans, I know it makes no sense, just go with it for now.)

On January 13, despite being the underdogs, the Eagles beat the Atlanta Falcons, so making it to the coming weekend’s Championship game against the Minnesota Vikings. The winner will go on to the Super Bowl on February 4.

I stopped in at the local supermarket a couple of hours before the game against the Falcons last weekend and found the store full of Eagles-themed stuff, from flags and paper plates to bags of chips (crisps) and cookies (biscuits). The bakery section was full of Eagles goodies. If you wear Eagles gear on an Eagles game day, the supermarket gives you a 5% discount on your total grocery bill. I think every other person in the store that day was wearing an Eagles shirt, hat, or coat (yes, I had an Eagles cap perched on my head).

At one point, the person who does the announcements over the store speaker (usually something like “attention shoppers, discounts available this week on chicken”) encouraged everyone to do the Eagles chant: E A G L E S, Eagles!!! About half the store enthusiastically joined in. Even the Philadelphia Orchestra got in on the act, with a clip of them playing the Eagles’ fight song all over social media before last week’s game. 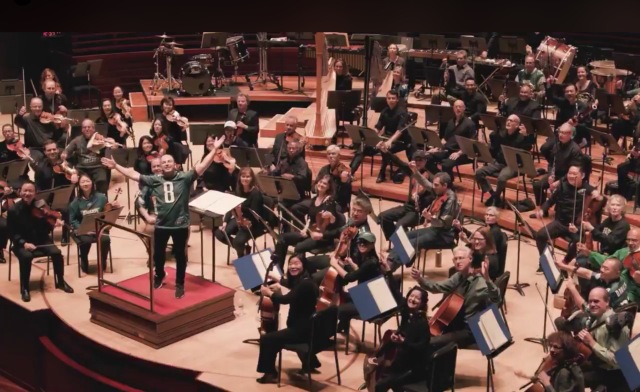 Incidentally, the Eagles logo is the only one in the NFL that faces left (the others are either centered or face right). A quick online search suggests it’s because the feathers behind the bird’s head make a stylized capital E; so now you know. 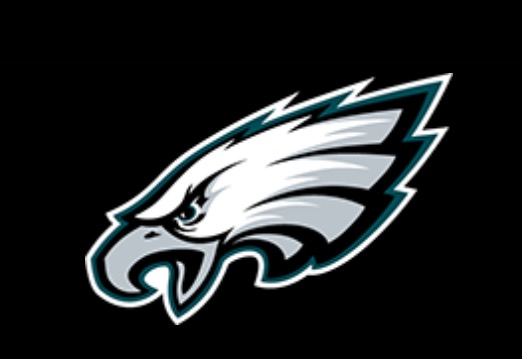 The Championship game this Sunday, January 21 (kickoff at a 6:40pm local time) will be an even bigger deal. Our school district will encourage kids to wear Eagles gear to school on Friday; teachers and staff can do the same if they put a dollar in the charity envelope.

We have Eagles season tickets, thanks to the Spouse’s passion for the team. I think “bleeding green” is genetic; his late mother was a huge fan and I remember in the late 1980s whenever the team did something dumb on the field, she’d have to leave the room to calm down (yelling at the TV being Not Good for her heart). Firstborn son has inherited the passion. He and his dad came home from the January 13 evening game against the Falcons frozen, exhausted, and jubilant.

They’ll be in the stands again this Sunday evening. And this time, Spouse is frantically trying to find a dog mask to wear to the game. Allow me to explain. The Eagles were dominating the season this year until star quarterback Carson Wentz was badly injured in a game in early December. Without Wentz, analysts assumed the Eagles would lose to the Falcons last week. After the game, two of the players appeared in these dog masks, gleefully calling out the assumption that the Eagles were the underdogs.

It is now impossible to find one of these masks anywhere in the greater Philadelphia region. They’re even sold out on Amazon (despite the price doubling in the hours after the game against the Falcons) and other online retailers can’t deliver until sometime next week (too late for the Vikings game). The Eagles organization has announced that fans can, indeed, wear the masks into the stadium on Sunday, as long as they take them off to go through the security checkpoint.

All teams have a home field advantage when they play, and that’s particularly true in Philadelphia. Eagles fans are passionate, dedicated, and LOUD. Imagine the stadium on Sunday evening: a sea of green with dog masks everywhere.

An expat Brit who's lived and worked in the USA for more than three decades.
View all posts by abroadintheusa →
This entry was posted in Uncategorized and tagged American Football, AmericanLife, Eagles, Expat Life, philadelphia. Bookmark the permalink.