And so it begins

Three weeks ago, a family member laughed at me when I admitted I was starting to quietly stock up on essentials (like soap, pasta, and canned goods). Two weeks ago, many people I know were still dismissing the headlines (“It’s no worse than the ‘flu and we’ve all had that”).

Four days ago, Youngest Son’s university announced that students who go home for spring break, which starts tomorrow (March 14), should plan to stay there for a couple of weeks, while the administration figured out the best way to proceed. This is a 250+ year-old elite institution full of Very Smart People—so this email was a clear heads’ up that the proverbial was about to hit the fan. I found myself wondering how long it would be before the rest of the semester was cancelled outright; I figured maybe a couple of weeks? A handful of other (private) universities made similar announcements.

At my Writer’s Group meeting three days ago, Covid-19 was pretty much all we talked about (when not writing). Should we be worried? What do the different experts say? What is social distancing? Does anyone believe the advice coming out of DC? (Surprise: no one did.)

Then two days ago, Youngest Son’s university amended its plans: all students must vacate the campus by end-of-day on March 19, with all classes to be conducted online through the end of the semester in May. The only students who can stay on campus are those who need to finish senior thesis work; those who would have serious problems with housing, finances, or visa issues if they left; those from places with limited internet access; and international students who shouldn’t return to level 2/3 countries like Iran or Italy.

And yesterday afternoon, the Governor of Pennsylvania announced closures of businesses in Montgomery County starting today and lasting for two weeks. Why? Because most of the so-far-diagnosed cases in the state have been in Montgomery County. Guess where we live. All schools, daycare, adult daycare centers, gyms, etc., must close. Grocery stores, gas (petrol) stations, and doctor’s offices and pharmacies have to remain open; everyone else should close.

Driving home from an appointment about two hours after the news broke, I decided to be extra-prudent and top up the car with gas. Turns out many others had the same idea—4:30 in the afternoon on a regular weekday and there were actually lines of cars waiting to use the pumps at the local station. Oldest Son stopped off at a grocery store to pick up supplies for his partner and daughter and reported nary a box of pasta nor bottle of hand sanitizer to be found. An aunt who lives nearby (but not in the county) said her local Target store was so busy it was “like Christmas eve.”

By 7:00pm my email was full of notifications from local businesses that they would be closed for the next two weeks: the dance studio (so, no watching three-year-old granddaughter having fun on Saturday morning, sad face); the movie theatre (ugh); the local ice cream place, Sweetly Scooped (oh no!); the nearby Willow Grove Mall (ouch, that’s gonna hurt); the library—wait what? The library? But I only have two books on hand! 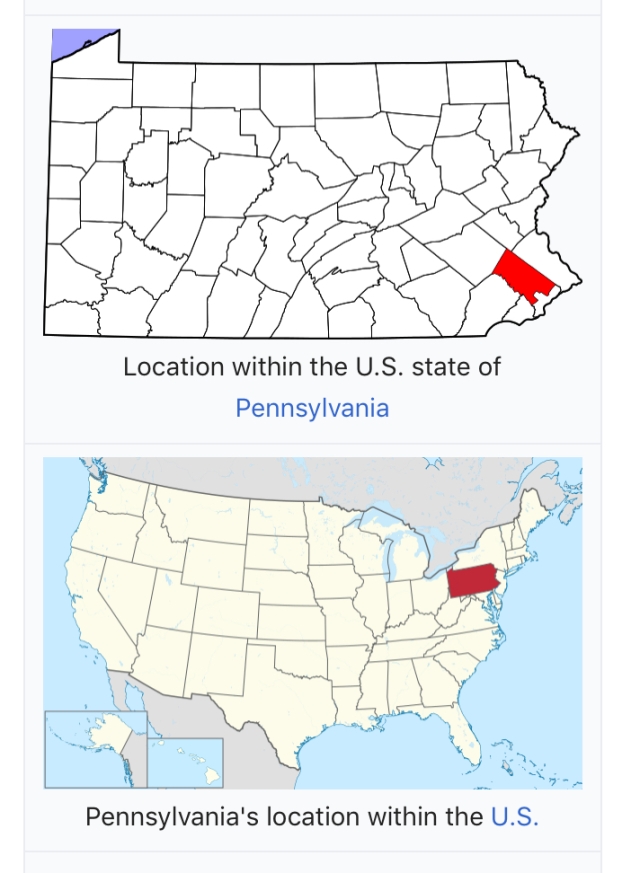 Montgomery County, or Montco as we call it, is immediately north-west of the city of Philadelphia. It’s the third-most populous county in the state, with a population of 828,000, and covers 487 square miles. There is farmland and open countryside in the far northern parts of the county, but the central and southern areas (where we live) are densely populated suburban neighborhoods. The county was created in 1784 (yes, I looked it up), which makes it one of the older counties in the USA. There are a slew of colleges and universities in Montco; a couple of really big hospitals; 22 distinct school districts; a handful of big business parks; and the massive King of Prussia Mall, the second largest in the USA. That’s a lot of stuff to close for two weeks.

Two weeks of shut-down doesn’t seem all that bad—until you start to think about the ripple effects. Many of Montco’s residents work in the city of Philadelphia. No school/daycare = a lot of people can’t work, even if their place of business stays open. Service economy workers, freelancers, small business owners: two weeks can be a big hit to their earnings. How do you pay the bills if you have no income for two weeks? What if the shutdown lasts longer and spreads to other areas (I wouldn’t be surprised)? A couple of new restaurants just opened in our town—will they make it through the month without any patrons in these first few weeks?

I was at the local supermarket just two days ago and it seemed to be business as usual—no empty shelves, no more shoppers than usual at mid-day on a Wednesday. A neighbor just posted this picture of the same store this morning on social media, showing stripped-bare shelves. Someone else mentioned going to the Super Giant yesterday afternoon (a couple of miles from us, open 24 hours), and finding a jam-packed parking lot and two-hour waits to check out (she left). Someone else said the store had had to lock the doors near the alcohol section last night because people were stealing the booze.

Meanwhile, the testing debacle continues. Everyone knows there must be way more cases “out there” that we don’t know about because the tests are just not available. US-based social media are full of stories of people, including doctors and nurses, who are symptomatic but cannot be tested because they “don’t meet the criteria” (e.g., haven’t recently been in a Level Three country or had a close family member with a positive diagnosis), or the wait list is just too long. Oldest Son has a close friend in Florida who has had a severe cough for days and is still waiting to be tested. In contrast, South Korea has apparently devised drive-through testing stations—which sounds tailor-made for a country like the USA, if only we had the leadership to make it happen. 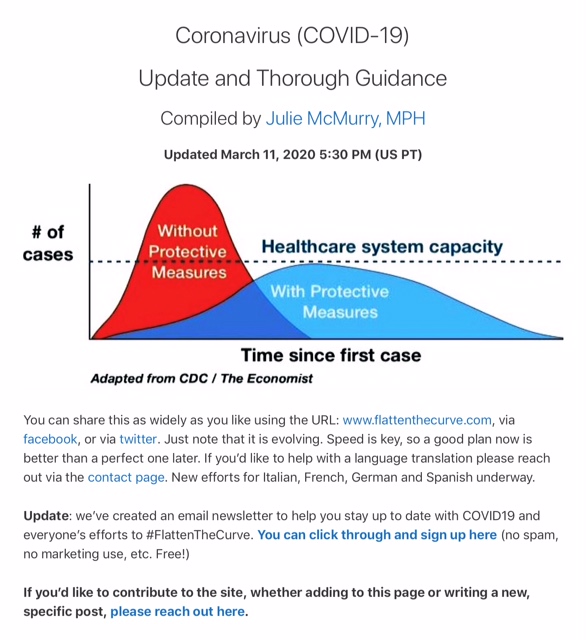 This website has the best summary I’ve seen so far of why this pandemic is particularly problematic for America—no universal healthcare; lots of people who can’t afford to seek medical treatment; not nearly enough hospital beds available—along with sage advice on what we should be doing.

I’m actually relieved that the Commonwealth of Pennsylvania has taken action here in Montco—I’ve read enough about flattening the infection rate curve and social distancing to understand how necessary it is. And I’d like to think that we’ll be OK, that people will rally round and look after each other and calm down once they realize they don’t need 27,000 rolls of toilet paper.

But then I think: Americans are singularly un-prepared for the kind of long-haul restrictions on their daily activities that we are now facing. What happens if Amazon stops delivering, the Starbucks drive-through is closed, and there’s no-one to staff the local pharmacy because they’re all home caring for their kids or, worse, their sick relatives?

Because the reality is, that while state-level authorities can take action, they are hampered in their response effectiveness by the crippling lack of leadership—including funding and coordination of resources—at the federal level. Even the right-wing media are starting to realize this, with critical articles starting to pop up; if Fox News turns on Trump, it really will feel like the end times.

So, tomorrow I drive over to New Jersey to pick up Youngest Son and bring him home for the duration. This afternoon I’ll make one last trip to the library to stock up on books. And maybe I’ll refresh my bread-making techniques; it’s been 30+ years but I’m assuming it’ll come back to me—wait, did I pick up yeast last week?

An expat Brit who's lived and worked in the USA for more than three decades.
View all posts by abroadintheusa →
This entry was posted in Uncategorized. Bookmark the permalink.

6 Responses to And so it begins