The Sound of Summer

The heat of summer brings a distinctive sound to the eastern USA — not children playing or lawnmowers thrumming but the incessant shrill buzz of the cicada.

As humans we’re often not aware of the soundscapes that form the background to our lives — we react to particularly loud, unpleasant or evocative noises but tend to tune out the quieter waves of sound that can vary so much from place to place. Case in point: the sound of cicadas. While walking the dog this morning I found myself unexpectedly “tuning in” to a sound I’d never heard until I came to the US — the high-pitched whine that you hear everywhere outside the city throughout June-September, and most especially in August. The sound rises to an incredible crescendo around 9:00pm after a particularly hot/humid day, when the crickets join in.

(Click on the above link if you’ve never heard the sound. As cicadas aren’t exactly photogenic, I’ll illustrate the rest of this post with pictures I took of neighbors’ gardens showing off their summer colors.)

Cicadas — Magicicada periodical cicada to use the scientific name — are downright weird. Deposited as eggs in trees, the ant-sized young fall to the ground, burrow down near tree roots, and stay there for anywhere from one to 17 years. Yes, 17. The entire brood eventually reemerges at the same time, with ground temperature playing a key role in the cycle. The nymphs hike up the nearest tree, shed their exoskeleton, grow wings and (in the case of the males) start making a racket to find a mate. Apparently, the males have organs on their abdomen called tymbals. Muscles pop the tymbals in and out, which creates the distinctive cicada shriek, with different species having different sounds. (Yes, I looked all this up; the internet is a wonderful thing.)

Cicadas are harmless, don’t fly very fast, and aren’t particularly destructive to human crops or plants. So, most of the time, we don’t really notice them; unless there’s a particularly big swarm, in which case there can be quite a few exoskeleton husks littering the patio or the sidewalk every morning. 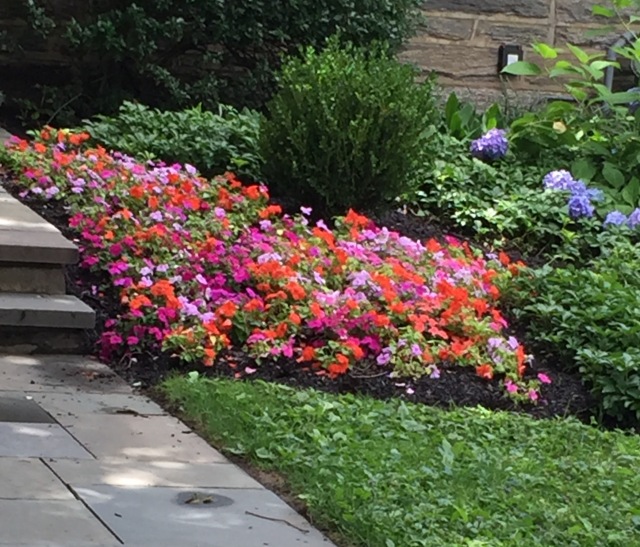 While reading up on cicadas before writing this, I found out that many of the big 17-year Swarm X (as in Roman numeral ten) appears to be emerging four years early this summer. Scientists’ best guess is that global warming is leading to longer periods of ground temperatures above 64 degrees Fahrenheit, causing the grubs to grow faster and emerge sooner. We won’t know if this is a permanent change that will lead to the development of a whole new brood, until another 13-17 years have passed. Either way, they’ve certainly been noisy the past few weeks. 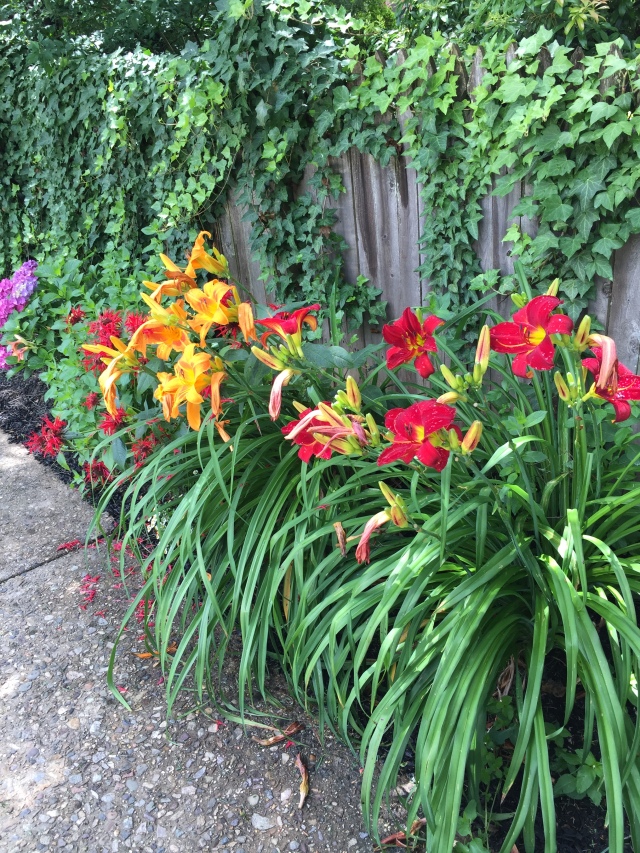 On the other hand, I see the other summer noisemaker, crickets, far too often. Especially in our basement. People in the neighborhood claim that crickets are prevalent around here because there used to be a cherry tree orchard in the area; as that would have been 100-odd years ago, it doesn’t seem likely. Whatever their origin, I’ve found out over the years that the best way to get rid of them is to lay out strips of sticky tape, particularly duct tape. They jump on and can’t jump off. Sounds cruel, I know, but anything that looks that much like a large jumping spider deserves whatever it gets. 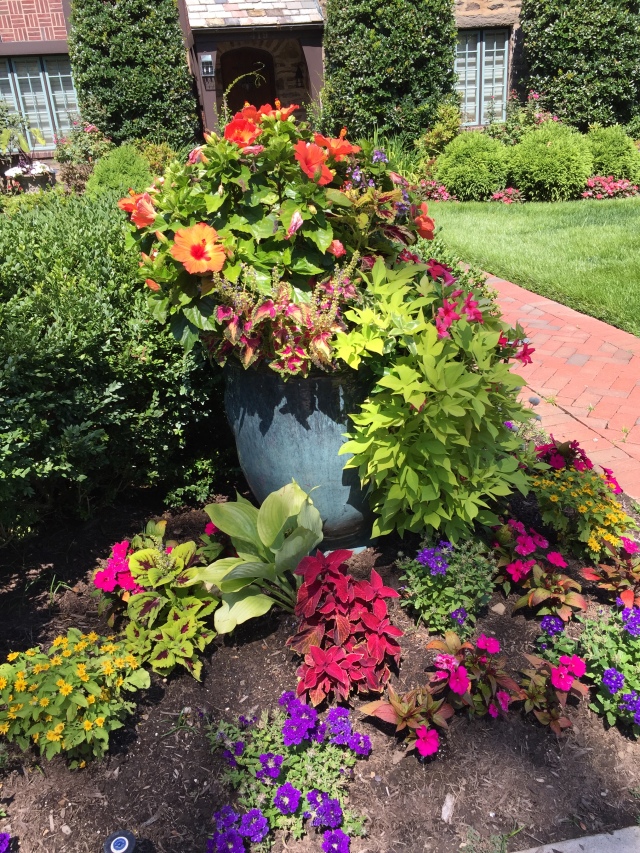 Still, the sound of cicadas and crickets calling out their presence every evening is a reminder of just how much life is lurking out there in the quiet gardens of suburbia.

An expat Brit who's lived and worked in the USA for more than three decades.
View all posts by abroadintheusa →
This entry was posted in Uncategorized and tagged AmericanLife, Cicadas, Expat Life, philadelphia, summer, SummerFlowers. Bookmark the permalink.

1 Response to The Sound of Summer

Author: As Far as You Can Go Before You Have to Come Back